A Glasgow teenager has told how knowing she had a place on an apprenticeship scheme gave her hope after being diagnosed with cancer. 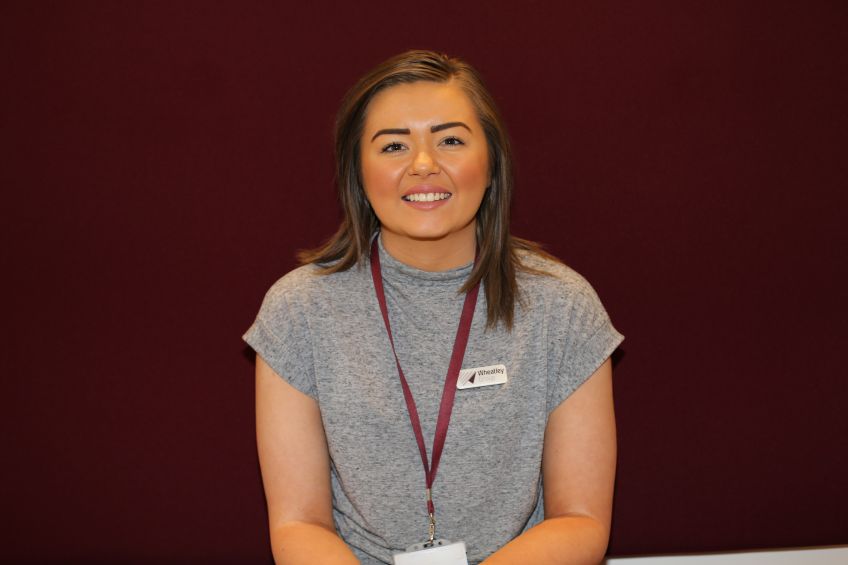 However, after being invited to the open day and interview for the housing, care and property-management organisation’s apprenticeship programme, sadly, Rachael was diagnosed with Hodgkin’s lymphoma.

Rachael, 19, who is from Dennistoun in Glasgow, said: “It was heart breaking watching all my friends starting work and college when I knew I was about to start chemotherapy.

“But then Wheatley Group got in touch and asked if I would like them to keep me a place on the Modern Apprenticeship scheme for the following year – and this gave me hope.

“Throughout my treatment, Wheatley Group kept in touch and was very supportive, which made me eager to get better and start work.”

Rachael is now in remission and cancer-free and employed as a business administration Modern Apprentice at Wheatley Group’s head office in Glasgow city centre.

Her apprenticeship involves working within the Customer Service Excellence Team and her duties include covering reception, dealing with email and phone enquiries, providing admin support and minute-taking.

Her apprenticeship has had a life-changing impact. Rachael added: “My Modern Apprenticeship has helped change my life, because after my treatment I was just sitting around doing nothing, and now I’m in an office, working with others, which I really enjoy.

“Completing my SVQ has helped me regain the confidence that I lost when I wasn’t well. The apprenticeship programme has helped me develop; I’m a confident individual now.”

When she finishes her apprenticeship Rachael would like to stay in the housing sector.

Rachel is one of 19 young people taking part in the Scottish Federation of Housing Associations’ (SFHA) Apprentice Challenge.

The challenge sees young people from SFHA member housing associations and co-operatives from across Scotland taking part in the competition. They have created video diaries of their apprenticeships which will be presented at the SFHA’s annual conference on 1 and 2 June.

This is the third year of the federation’s award-winning challenge which aims to further consolidate the skills of the Modern Apprentices and highlight the role that apprenticeships play as a vital first step on the career ladder as well the importance of nurturing young workers in the housing sector.

Elaine Melrose, Wheatley Group’s Executive Director of Resources, said: “Our apprenticeship programme is a great way of increasing opportunities for young people in our communities.

“Our ambition is to increase the number of apprenticeship places we can offer young people every year.

“Rachael is a fantastic addition to our team and I’m looking forward to her having a long and rewarding career with us.”

Mary Taylor, SFHA Chief Executive, said: “It is vital that our sector continues to support and encourage young people, and Wheatley Group’s Modern Apprenticeship scheme is an excellent example of this in practice.

“We know that the apprenticeships which our members provide have a very positive effect on young people who enter the sector. The impact that Rachael’s Modern Apprenticeship has had on her life is fantastic, and we wish her all the best for the challenge.”